This search form uses an instant search feature. As you type, search results will appear automatically below the search field. When you've entered you desired search terms use tab to navigate through the available results and hit enter to open the selected page or document.
West Greene Students Attend Theatrical Production
PR Team
Monday, November 13, 2017

Forty-four students, spanning grades 7 through 12, had the opportunity to attend California University’s theatrical production of Harry’s Hotter at Twilight on Friday, November, 3.  Mr. Rychtarsky arranged the trip, to allow our students the opportunity to see a live theatrical production.  The show was a wizarding mashup parody of several tales, including Harry Potter, Twilight, Lord of the Rings, Star Wars, The Godfather, Alice in Wonderland, and The Wizard of Oz.  The production was made up of California University’s first-year theatre students, to serve as their debut stage appearance as they embark on their academic venture to hone their craft as thespians.  The university was generous in donating the theatre tickets to our group, which helped to keep the cost low for the students attending.  On our return trip, the group had a wonderful lunch at Hugo’s restaurant in Brownsville, PA.   The students and faculty had a magically delicious time, and were thirsty for more as the trip came to an end. 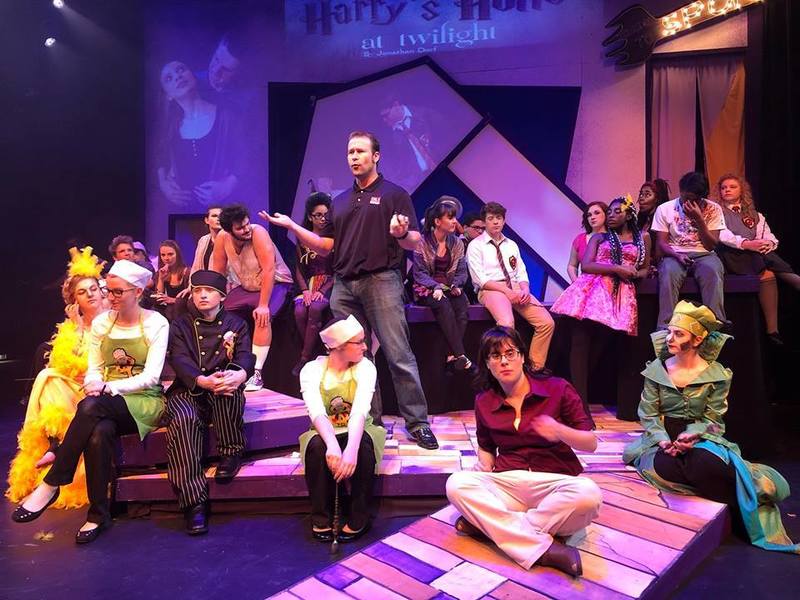