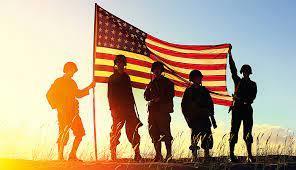 In memory of those we have lost and in honor of those that are still with us, the Greene County Tribute to Heroes recognizes both military and first responders.

Rick Black’s dreams of bringing a replica of the Vietnam Traveling Memorial Wall became a reality on September 28, 2017, when the memorial arrived at the Greene County Fairgrounds for a five-day event. His idea brought a group of individuals together to organize one of Greene County’s largest events with an estimated attendance of over 10,000. It gathered a group of businesses and organizations working towards a cause through financial and in-kind measures. And it united a community in learning more about the Vietnam War and recognizing those that gave the ultimate gift to our country.

The success and support of the Vietnam Traveling Memorial Wall led Rick to his next idea to build a permanent structure to recognize ALL veterans. The committee agreed, with encouragement from Dick Bortz, and started to develop the Greene County Veterans Memorial Park which was dedicated on Memorial Day in 2021 with a second and third park addition currently in progress.

During the development of the park, Rick brought the idea of bringing the Korean Traveling Memorial to another group of individuals including Buzz Walters. They oversaw the arrival on May 30, 2019. The installation of the temporary memorial included veterans and high school football players working together to set up the various statues, another idea from Rick to involve the youth in remembering our history. And the event concluded with a 100th birthday party for Keith Wise, an area veteran.

Rick left us on September 23, 2021, without completing another project he was working towards bringing to Southwestern Pennsylvania. To the few that knew about his idea, it would be the largest event that had been undertaken to recognize both military and first responders in decades for Greene County. While surfing the internet once again, he came across a traveling tribute that honors ALL during conflicts from World War I to the current day. And it includes another replica of the Vietnam Traveling Memorial Wall.

In memory of Rick Black, in memory of all those we have lost, and in honor of those that are still with us, we want to complete that vision and see the Cost of Freedom Tribute arrive in Greene County, Pennsylvania on October 12-16, 2022.